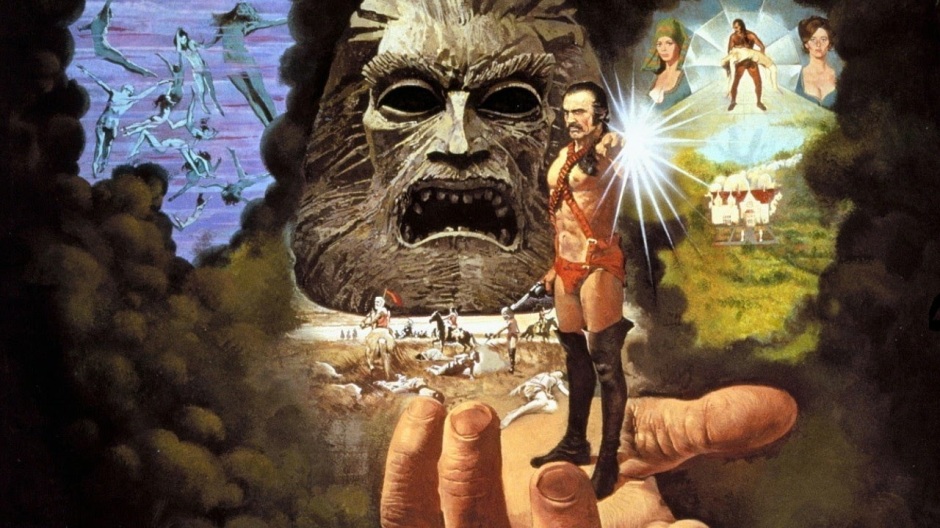 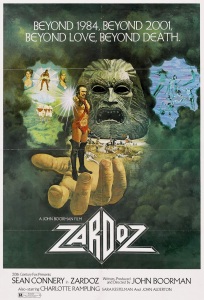 ZARDOZ – “You have been raised up from brutality to kill the Brutals who multiply and are legion. To this end Zardoz, your God, gave you the gift of the gun. The gun is good!”

EXTERMINATORS – “The gun is good!”

ZARDOZ – “The penis is evil! The penis shoots seeds and makes new life to poison the Earth with a plague of men, as once it was. But the gun shoots death and purifies the Earth of the filth of Brutals. Go forth and kill! Zardoz has spoken.”

I don’t know how I feel about John Boorman.

The English director has been responsible for both one of the most effective films I’ve seen (Deliverance), and one of the most infuriating piles of pish I’ve ever had to struggle through (Exorcist II: The Heretic).

Zardoz, his bizarre sci-fi film in which a half-naked Sean Connery tries to bring down a community of immortals in the year 2293, has me similarly conflicted. It’s both shite and incredible at the same time, but leaning slightly towards the latter. END_OF_DOCUMENT_TOKEN_TO_BE_REPLACED