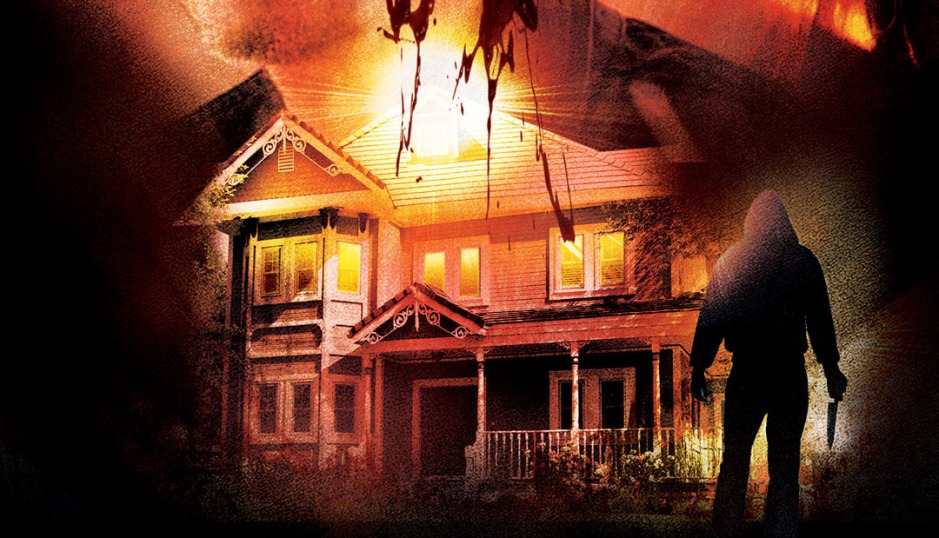 Also known as: The Cottage (US title)

“Listen, I’m really sorry but it’s just really important to me that we’re cool with each other, because honestly, I think I’m falling in love with your daughter.” (Robert, The Tenant)

I usually have a soft spot for actors that are widely regarded as a bit pish. I will defend Ben Affleck to the death, for example, and Charlie Sheen may have his critics but he’s alright in my book.

Much as I’d love to say the same about David Arquette though, I just can’t bring myself to do it.

The guy has consistently been terrible, whether playing a bumbling cop in Scream or destroying the good name of professional wrestling by being part of a horrendous PR stunt in which he actually won the prestigious WCW heavyweight championship.

With that in mind, I really wasn’t expecting to enjoy The Tenant, a horror film in which Arquette plays the role of token creepy guy. But you know something? Actually, yup, I was right. It’s pish.

Arquette is Robert Mars, a seemingly charming (for David Arquette) chap who starts renting out a cottage owned by a family. The cottage is located in the garden behind the family’s house so Robert isn’t just their tenant, he’s their neighbour too.

At first Robert seems to be the perfect tenant: he’s polite, keeps himself to himself and has an interesting job writing ‘romantic novels’ (books about shagging for women, basically).

The family itself isn’t exactly the happiest bunch. Chloe has just had a baby with her husband Michael, but she’s also trying to win the affections of her two teenage stepdaughters.

Rose is the quieter of the two: reserved and insular, she refuses to connect with Chloe. Worse though is Danielle, who resents her dad for marrying Chloe right after her mum died and hates them both as a result. It’s hard to believe but at first Arquette seems like the normal one.

Eventually though his mask of sanity slips and it becomes clear that he is, to coin a phrase, a bit mental.

At first he just says the occasional creepy thing but eventually he starts to seduce Rose, to the horror of her dad. I’m not surprised, mind: if I knew my daughter was going out with David Arquette I’d be demanding blood.

So far so below average, but things get even worse when Arquette finally reveals himself to be a bit of a bad bastard and tries to steal both Rose and the family baby.

His plan is to marry Rose in some weird cult ceremony so she can join his other four wives. It’s never really explained why, or how he managed to pull this shit off with the rest of them, but there you have it.

To be perfectly honest with you, this review is shorter than usual because I lost interest long before The Tenant finished. Arquette is about as intimidating as a candy floss stand and delivers all the intensity of a cauliflower, while the rest of the cast don’t even bother raising their game to that level. They could only dream of reaching cauliflower-like levels.

If you’re looking for something with zero tension, weak ‘action’, a dull plot and an ending as bewildering as Pink’s popularity then this is the film for you. You’re welcome to it, you bloody maniac.

The Tenant‘s low rating earns it a place in the notorious TWABM Hall Of Shame. Click here to see what other pishfests made the grade (or, indeed, failed to).

HOW CAN I SEE IT?
The Tenant is only available on DVD. Here’s the UK version, and here’s the US version under its original and similarly inventive title, The Cottage.