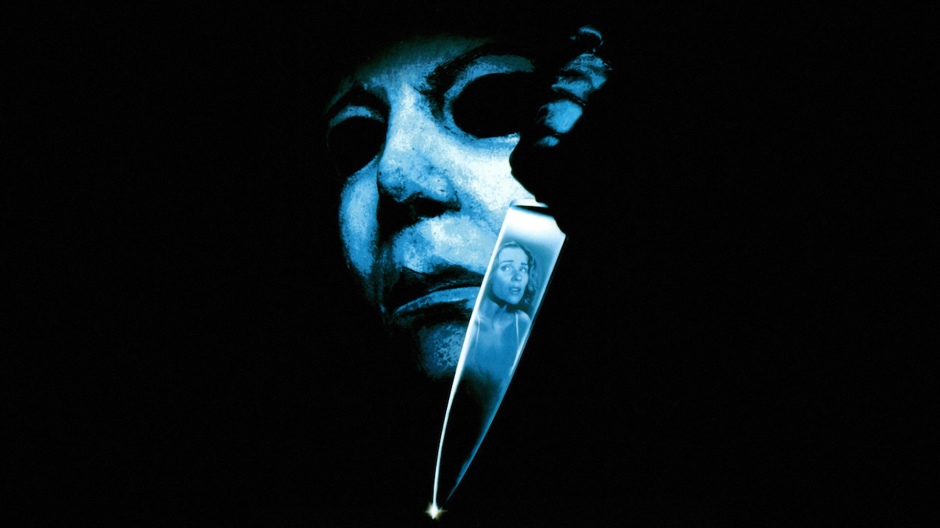 It says a lot about a film when the stories of its behind-the-scenes turmoil and tantrums are more interesting than the story that ended up on the screen.

This was the curious condition inflicted on Halloween: The Curse Of Michael Myers, the sixth film in the Halloween series. Plagued by in-fighting and studio politics before a single frame was even shot, the conflict continued to escalate throughout production.

It’s said that the original script for the film was so powerful a Dimension exec couldn’t sleep the night after reading it, and Halloween regular Donald Pleasence (who had starred as Dr Sam Loomis in four of the previous five films) loved it too.

However, despite this, director Joe Chappelle had other ideas and apparently completely rewrote the final act of the film, making it confusing and, well, a bit shit. Countless arguments between Chappelle, the producers and the studio led to reshoots and extensive editing.

What’s more, when the legendary Donald Pleasence died shortly after filming, Chappelle cut most of his scenes from the film, saying they were “boring” anyway.

The result was a film that the cast and crew disowned and nobody was really satisfied with, to the extent that a bootleg version of the less butchered ‘Producer’s Cut’ was leaked accidentally on purpose a couple of months after release. But I’ll focus on that in a separate review: for now, let’s have a look at the theatrical cut.

The Curse Of Michael Myers opens with Jamie Lloyd, the child heroine of Halloween 4 and 5, now aged 15 and pregnant. Kidnapped by an odd cult of doctors, she’s placed in a secret prison in Smith’s Grove Sanitarium (the asylum Michael escaped from in the first film) and forced to give birth to her baby, which is taken by the cult. It’s all very grim stuff, and not really in fitting with the Halloween tone.

Finding her baby and escaping, it’s not long before Jamie is hunted down and killed by Michael, but not before she gets to leave her baby with Dr Loomis and Tommy Doyle, who was the little boy across the street being looked after by Jamie Lee Curtis in the original Halloween.

Since Michael is obsessed with killing everyone in his bloodline, and since Jamie was his niece, this makes the baby the last person Michael needs to kill to satisfy his bloodlust, meaning it’s up to Tommy and Dr Loomis, along with the family who adopted Laurie (Jamie Lee Curtis’s character from the first two films) to protect the child.

Christ, it’s all got a little complicated, hasn’t it? Remember when Halloween was just a low-budget slasher film made to scare the piss out of babysitters?

Anyway, no longer a little boy but now a young man, Tommy has spent his life traumatised by his first encounter with Michael Myers and has spent years preparing for his return. Oh, and he’s played by Paul Rudd.

Shot and released shortly before Clueless, this was Rudd’s first ever theatrical role, long before the likes of Friends and Anchorman made him a star. It’s clear from this early performance that he’s a talented chap, but he does display some odd quirks that suggest he wasn’t really suited to starring in a horror film.

The best example of this what’s supposed to be a tense scene near the end of the film. Trying to rescue Kara Strode (the half-decent Marianne Hagan) from a cell, Tommy is battering at the door handle with a fire extinguisher when Michael Myers appears at the end of the corridor and starts walking towards him.

Rather than losing his shit and bashing the door with increased panic, Rudd instead stops to look at Myers and does a weird laugh thing. It’s really hard to describe, here’s a picture of it.

It’s difficult to explain what the point of this really is, and it isn’t the only time Rudd seemingly tries to incorporate almost comical reactions to what’s supposed to be a really dark film. At times he looks like a normal guy in one of those live-action role-playing games, where everyone else is taking it seriously and he’s standing there chuckling to himself.

This would be all well and good were this a normal goofy slasher film but when a 15-year-old’s already been forced to give birth to an evil cult who then steals her baby, it doesn’t really fit.

Rudd’s performance aside, this film is a complete mess. As you’d expect from the behind-the-scenes bickering the plot is all over the place. The ending makes no sense whatsoever and so many questions are left unanswered. What’s the point of the cult? Who’s the father of the baby? What happens to Dr Loomis and Michael at the end?

All these questions were actually answered in the original cut of the film – the infamous Producer’s Cut – but lopped from the theatrical version released worldwide, leaving a confusing muddle of a plot behind. The mysterious ‘man in black’ from Halloween 5 also turns up a couple of times, once again with no explanation as to who he is and what he’s doing there. It’s a shambles.

It’s also by far the worst portrayal of Michael Myers in the series’ history. You might think it can’t too hard to effectively play a killer wearing an emotionless mask, but so much about Myers is his body language, his cold, methodical movement like a predator.

Not so here: instead you’ve got a bumbling, graceless knob who sometimes walks as if the cast’s stuffed all the scrapped script pages up his arse.

If you like your horror films to make sense, you’d probably do well to forget Halloween: The Curse Of Michael Myers exists. Either track down a bootleg version of the Producer’s Cut (a review of that version is forthcoming), or just skip this film altogether and move onto Halloween: H20.

HOW CAN I SEE IT?
In the UK you can only nab Halloween: The Curse Of Michael Myers on a barebones DVD from Miramax (it’s pretty cheap, though). Stick around though, the UK isn’t done yet.

Americans, on the other hand, have a bunch of different options. As well as the barebones DVD there’s also The Halloween Collection, a DVD set containing The Curse Of Michael Myers and its subsequent sequels H20 and Resurrection.

The US also has a couple of Blu-ray options, the most common being a double-bill disc also including Halloween H20.

However, the best of the bunch for Americans AND Brits is the Miramax Masters Of Terror Blu-ray set. As well as the film in question it includes five other dodgy Miramax horror films, all for only $10, plus it’s region-free so it plays in the UK (this is the version I reviewed from).

4 thoughts on “Halloween: The Curse Of Michael Myers (1995) review”