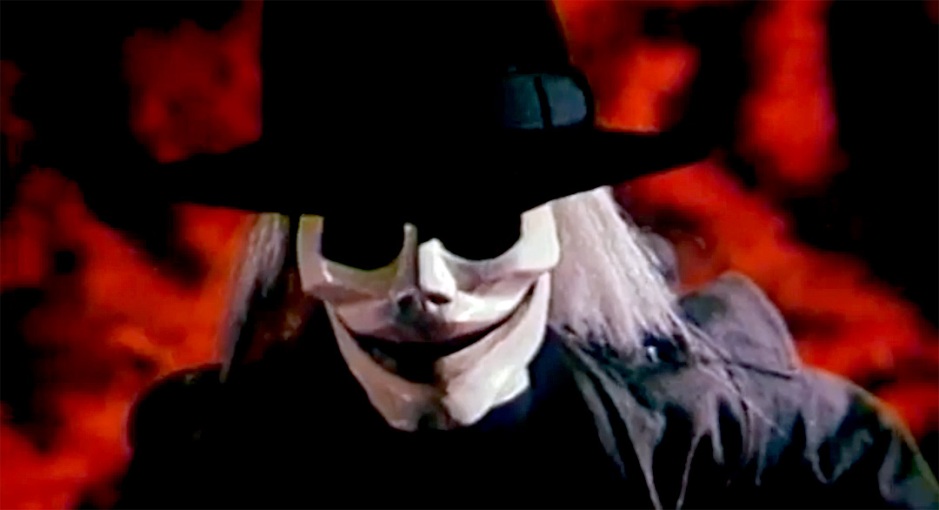 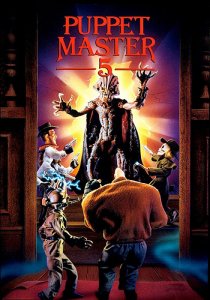 “You do see my problem, don’t you? You are asking an awful lot of me. A little monster, an agency or cult protecting some ancient magic… you must admit it is rather fantastic.” (Jennings, Puppet Master 5: The Final Chapter)

You can’t have a successful horror film series without at least one entry boldly (and falsely) claiming it’s the final one.

Even better, Friday The 13th: The Final Chapter – the fourth film in the series – was actually far from the final chapter, with Jason appearing in eight subsequent movies.

So too, then, was the case with Full Moon Pictures’ cult series Puppet Master which claimed this, the fifth film in as many years, was to be the last.

Were they right? Not telling. Incidentally, in unrelated news, I’ve just ordered a copy of Puppet Master: Axis Rising, the tenth film.

Shot at the same time as Puppet Master 4 and released a year later (much like Back To The Future 2 and 3), Puppet Master 5 continues right where its predecessor left off.

Which, you’ll no doubt remember, was a ridiculous battle at the Bodega Bay inn in which artificial intelligence researcher Rick Myers helped the animated puppets of former Nazi target Andre Toulon defeat the Totems, evil puppets sent to Earth by a demon from another dimension.

I love being able to write sentences like that.

Now under police custody, we join Rick as he’s being questioned by the fuzz about his involvement in the murder of his colleagues (who were killed by the Totems). Naturally, he can’t tell them, because “a load of evil puppets did it” may have worked for OJ Simpson but it won’t quite cut it here.

Thankfully for Rick, he’s bailed out by his new boss Dr Jennings and soon reunited with Blade (as in the little ghostfaced puppet, not Wesley Snipes), who was able to hitch a ride in Rick’s backpack as he left the inn.

Sensing that some sort of other shit’s about to go down, Rick and Blade head back to Bodega Bay to try to find the rest of the puppets.

It turns out they were right, as multiple counts of shit are indeed descending.

You see, Dr Jennings, Rick’s new superior, is curious about the stories Rick’s told him of this mysterious serum that can animate puppets.

To find out more, he decides to head to Bodega Bay with three hired goons to try to steal the formula and the puppets.

Meanwhile, Sutekh (remember? The demon from the other dimension? Try to keep up) is angry that his little Totem puppets were killed in the last movie, so he has a plan.

Believing that if a job’s worth doing it’s worth doing properly, Sutekh projects his own soul into another Totem and sends it to Bodega Bay so he can fuck up the puppets himself.

If you aren’t really down with the whole Puppet Master thing then by now I understand if you’re very puzzled with all this. It’s a lot to take in.

All you need to know is that all this plot nonsense is really just an excuse to have the now-heroic puppets kill more humans (it’s okay because they’re bad guys) and then have a big fight with another evil puppet.

As was now customary in the series by this point, the special effects are far better than the low budget deserved, with genuinely impressive puppet animation throughout.

This was thanks to David W Allen, the fantastic animator, who once again provided some exceptional stop-motion scenes in what would be his fifth and final Puppet Master film.

This aside though, Puppet Master 5 feels pretty throwaway and feels more like a long third act to Puppet Master 4 rather than a standalone film.

It turns out it feels that way for a reason: it was. The reason Puppet Master 4 and 5 were shot together was because they were originally supposed to be a single film.

Ultimately, Full Moon decided to split the two up, meaning Puppet Master 5 is essentially the second in a Deathly Hallows style two-parter affair.

The result is a film that doesn’t really satisfy and doesn’t really do a hell of a lot during its 82 minutes. People go to the inn, they’re killed, some puppets fight, the end.

And when I say 82 minutes, I’m including a needlessly long four-minute title sequence that’s just a black screen with text, and a seven-minute flashback detailing the events of Part 4. There’s more padding here than in a witch’s bra.

If you fancy watching Puppet Master 5 do yourself a favour and watch it as a double-bill along with Puppet Master 4. The result will be a single 161-minute film that, while lengthy, is actually pretty good fun as one massive story.

On its own though, it just feels like a P.S. to its predecessor.

HOW CAN I SEE IT?
Puppet Master 5 isn’t currently available in the UK. Americans can get it on DVD, either as a standalone film or as part of one of two box sets. The Charles Band’s Puppet Master Collection contains all nine films, whereas the Puppet Master & Killjoy Complete Collection also features Full Moon’s three Killjoy films. Oddly, the latter is cheaper, which says a lot about the quality of Killjoy (as my review testifies).