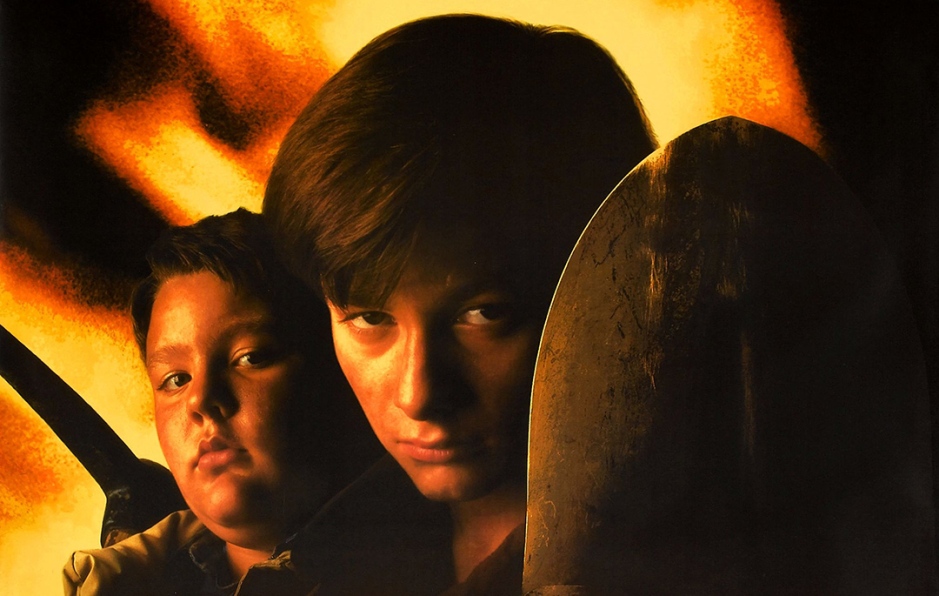 The original Pet Sematary (disclaimer: one of my favourite horror films ever) revolved around the idea that if something has ceased to be it’s sometimes best to move on and not try to resurrect it.

Mary Lambert’s film showed that any attempt to revive dead children, animals and adults inevitably results in a disturbing aberration that may look similar, but is missing its soul. With Pet Sematary II, she shows how the same rule can apply to ‘dead’ movies too.

The film centers on Jeff Matthews, a young lad played by Edward Furlong, looking like he just stepped off the Terminator 2 set and walked straight in front of the camera.

Jeff’s mum is a big movie star, but a freak electrocution accident on set leads to her ending up a bit less alive than she’d probably like (i.e. not at all) so his dad decides it’s probably best for he and Jeff to leave Hollywood and its bad memories behind them and start a new life elsewhere.

Their new destination of choice? Ludlow, Maine: a quiet little community with a nearby school for Jeff, a vacant office building that his dad can use to set up a new veterinarian practice, and a big pet cemetery where the dead can be buried and brought back to life. You know, all the major local amenities.

Jeff struggles to settle in his new hometown, and not just because he still has lingering memories of his mum being turned into a human pylon.

He’s bullied at school by Clyde (played by Tom Hanks’ pal in Big), a mean little prick who keeps making jokes about his mum. And his only friend, chubby moanster Drew, is about as thrilling to be around as someone who still collects Pogs.

To be fair, the latter is perhaps understandable. Drew’s stepfather Gus, the town sheriff, is a hulking great thundercock of a man who routinely verbally and physically abuses Drew whenever he feels he’s “breaking the laws” of the house, while his sap of a mum watches helplessly on in disdain.

This comes to a head when Gus spots Drew’s dog Zowie messing around near his rabbit hutch and decides to put a bullet in its head. It’s a shame there isn’t some way to bring that dog back to lifOH FUCK I KNOW WHAT THEY SHOULD DO.

Sure enough, inspired by the urban legend of Louis Creed and his resurrected toddler (in other words, the events of the first film), Drew decides to bury Zowie in the Micmac burial ground that lies behind the pet cemetery.

And sure enough, Zowie comes back to life, albeit with glowing yellow eyes and an odd desire to want to attack Gus for some reason. Funny, that.

What follows is just a chain of silliness in which the dog kills Gus, who’s then buried and comes back to life, after which Gus kills the school bully, who’s also buried and brought back to life.

Meanwhile, Jeff (remember him? The main one?), watching all this go on, starts to wonder if maybe he should dig his mum up and give her another wee burst of life for old time’s sake. Guess whether he does or not.

The problem with Pet Sematary II is that it has all the mechanics from the first film in place – the whole concept of bringing back someone who’s died – but completely removes all the emotion that made the first film so compelling.

Stephen King’s original story was a fantastic tale that mixed fantasy and morality and made you question whether the protagonist, grieving the death of his toddler, was doing the right thing in trying to bring him back to life in an altered state.

Ultimately, though, regardless of whether you thought he was right to do so, you can empathise with the guy and appreciate that the pain he’s going through has driven him to consider the unthinkable.

This time around such decisions of morality rarely pop up, as most of the corpses unceremoniously dumped in the same cursed grounds were pricks when they were alive in the first place.

It’s hard to understand why a boy would want to bring his abusive stepfather back to life after he’s died, so when he does so (presumably just to avoid getting into trouble) you’re more frustrated at him for willingly creating more problems for himself, than sympathetic at his struggle to cope with loss.

Even when the corpse in question was a nice person when they were alive it’s handled poorly too: by the time Jeff finally does decide to bring his mother back to life, he’s already started acting weird and creepy about it, almost becoming a villain with his dad taking over protagonist duties.

As a result, what was in the first film a case of “I understand why you’re doing this, you’re clearly in distress” feels more like “you seem to be enjoying this for the wrong reasons: just let it go, mate”.

Essentially, Pet Sematary II is the embodiment of one of its resurrected victims: an emotionless husk that looks like the thing it used to represent but features none of the qualities that made people care for it in the first place.

The two films are so different in tone it’s actually difficult to believe they were both directed by the same person: however, with Stephen King having nothing to do with the sequel it just goes to show the person with the pen is often more important than the person behind the camera.

There’s a line murmured by kindly neighbour Judd in the first Pet Sematary, one that (somewhat fittingly) is screamed over and over again at the end of this sequel. If only Paramount had taken this line into consideration when bringing Pet Sematary back for another go, we could have been spared this disappointment:

HOW CAN I SEE IT?
Pet Sematary II is only available on DVD – here’s the UK version and here’s the US one. If streaming’s your bag, Brits can find it on Sky’s NOWTV service.