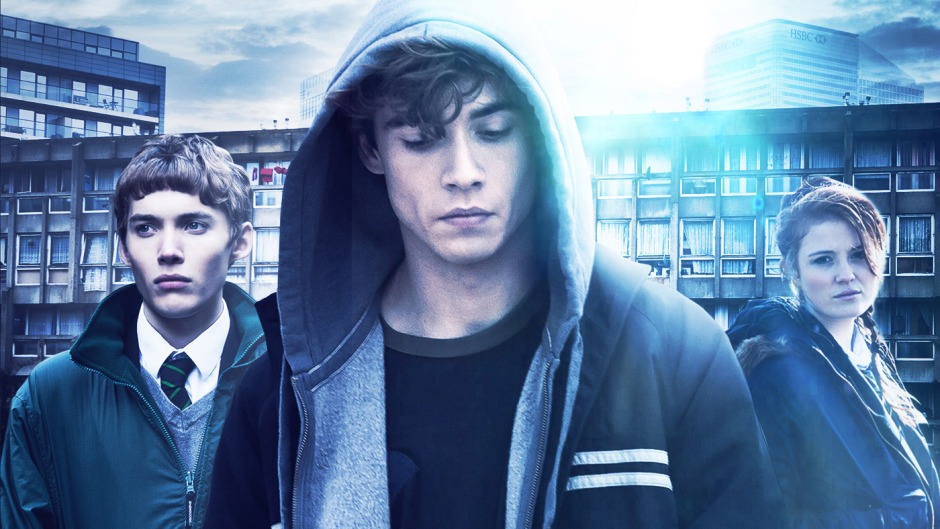 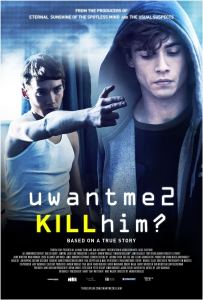 Not only does uwantme2killhim? have one of the worst titles in the history of film, it’s also got a ridiculous plot involving a lead character whose stupidity leads to some frankly bizarre plot twists.

What’s remarkable, though, is that this isn’t the result of a screenwriter’s failure to come up with a believable plot. In fact, said protagonist was indeed a real person, and the bizarre web of events he finds himself tangled up in did actually happen in real life in Manchester.

The film follows a teenage schoolboy called Mark as he finds himself getting heavily involved in an internet relationship that’s going drastically wrong.

You see, although Mark is messing around with an on/off girlfriend in real life (one with a boyfriend of her own), he’s also becoming obsessed with Rachel, a girl he’s met online and has started having saucy conversations with.

Rachel is suffering from a number of fairly serious issues. For starters, she’s part of a witness relocation scheme, meaning she hasn’t been able to meet up with Mark yet. What’s worse, she’s living with an abusive boyfriend who Mark is desperate for her to leave.

Mark would do anything for Rachel, so when she asks him to take care of her weird brother John – who’s conveniently in Mark’s class and is regularly bullied – he willingly obliges.

Initially only befriending him because he wants to keep Rachel happy, Mark eventually warms to John and the two become good friends, but things then take a turn for the worse.

When Rachel’s violent boyfriend does the unthinkable, Mark finds himself embroiled in online conversations with a host of other related parties – said abusive lover himself, Rachel’s best friend and even an MI5 agent who wants Mark to help them out with a criminal investigation. Don’t worry, it all makes sense in the end. Sort of.

Ultimately, the agent tasks Mark with a true test of faith by asking him to stab John to show his dedication to MI5. It’s no surprise that he ends up doing it – the flm’s opening scene refers to it, after all – it’s more the motive for doing so and the way he’s was convinced to do it that will have you shouting “oh, you fucking idiot” at the screen.

Had uwantme2killhim? not been based on a true story I’d have been somewhat dubious at how willingly Mark accepts the course of events as they unfold but truth really is stranger than fiction at times and this is a strong example of this.

It’s difficult not to go too deep into spoiler territory with this one but within the first (fairly slow) 25 minutes or so it becomes clear that this whole scenario is a little fishy and Mark is potentially falling into a trap without realising it.

Indeed, it’s very easy to figure out the twist long before it’s ‘revealed’ late in the film, especially given the ‘be careful who you think you’re talking to online’ mantra drilled into everyone’s head in today’s society.

And even though the real-life events took place in 2003, over a decade ago they still serve a very real warning to supposedly internet-savvy youngsters.

It’s an entertaining film, then, but one that feels about half an hour too long because chances are you’ll have sussed out what’s going on fairly early and will have to endure a lot of set-up before the film finally picks up the pace.

If you’re looking for an alternative take on it, check out Kill Me If You Can, a documentary about the same story. It’s only 50 minutes long, can be streamed online and, despite being a factual documentary instead of a suspense film, does a better job of keeping you guessing what happened next.

Don’t be under the impression that I’m saying uwantme2killhim? is a bad film, mind you. It may have a slow start and a twist that’s easier to spot than an albino at a sun tan convention, but the performances are relatively strong throughout and once it gets going it does get quite exciting.

At the very least, it should spark your interest for the real-life story it was based on. If so, read all about it in this massively detailed Vanity Fair article.

HOW CAN I SEE IT?
uwantme2killhim? is available on DVD in the UK only though both the UK and US also have streaming options for those interested. In the UK it can be found on Netflix, whereas in the US it’s on Amazon Prime Instant Video.